The Most Automated Hospital CSSD in the Nordics

The central sterile supply department (CSSD) of TYKS’s T-hospital maintains about 15,000 instruments every day. Thanks to its efficient operation, the instruments used for surgery are available in the right place at the right time, cleaned, disinfected, inspected and sterilized. Automation has eliminated heavy transfer and lifting tasks from the sterile supply technicians’ work, and made operations more efficient. The advanced system arouses a lot of interest and attracts visitors both from Finland and abroad, from as far away as China, to see it in action. 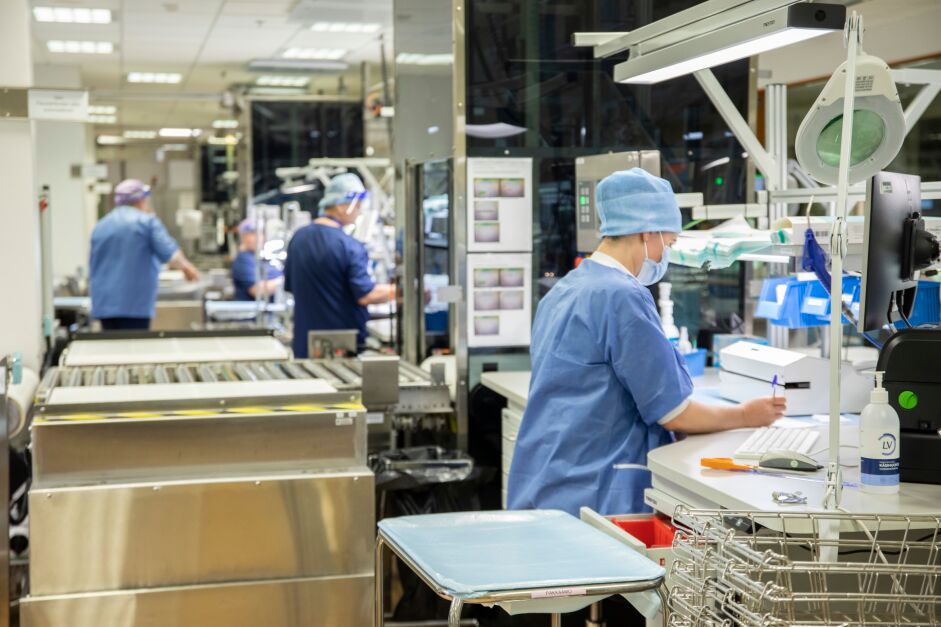 Makron’s automation experts have been involved in the construction of the CSSD for over a decade, right from the start. Before that, instrument maintenance operations took place manually, in a very traditional way.

”When the planning of the central sterile supply department began, sterile supply technicians had the highest sickness absence rates in the entire hospital district, up to twice as high as other groups of professionals,” explains service coordinator Ilse-Marie Österman. The large number of absences was caused by their physically demanding work that caused musculoskeletal disorders. The hospital wanted to change this by investing in machines and automation.

An automated system that takes care of lifting, moving and transporting loads was specifically designed for the CSSD. It eliminates physically demanding tasks from the work of sterile supply technicians, allowing them to focus on their basic duties, i.e., maintaining instruments. Makron’s automation system combines the machines, robots, RFID reading, safety equipment, transfer trolleys and conveyors used in the central sterile supply process into one streamlined whole.

″We are proud of the unique automation system. It has made our central sterile supply department a very attractive place to work and the number of absences has halved over these years.″

Precise and energy-efficient process thanks to the modern automation system. The...

A digital twin assists with design, commissioning, and development.

4.2.2022 High-quality machines for the wood-panel industry