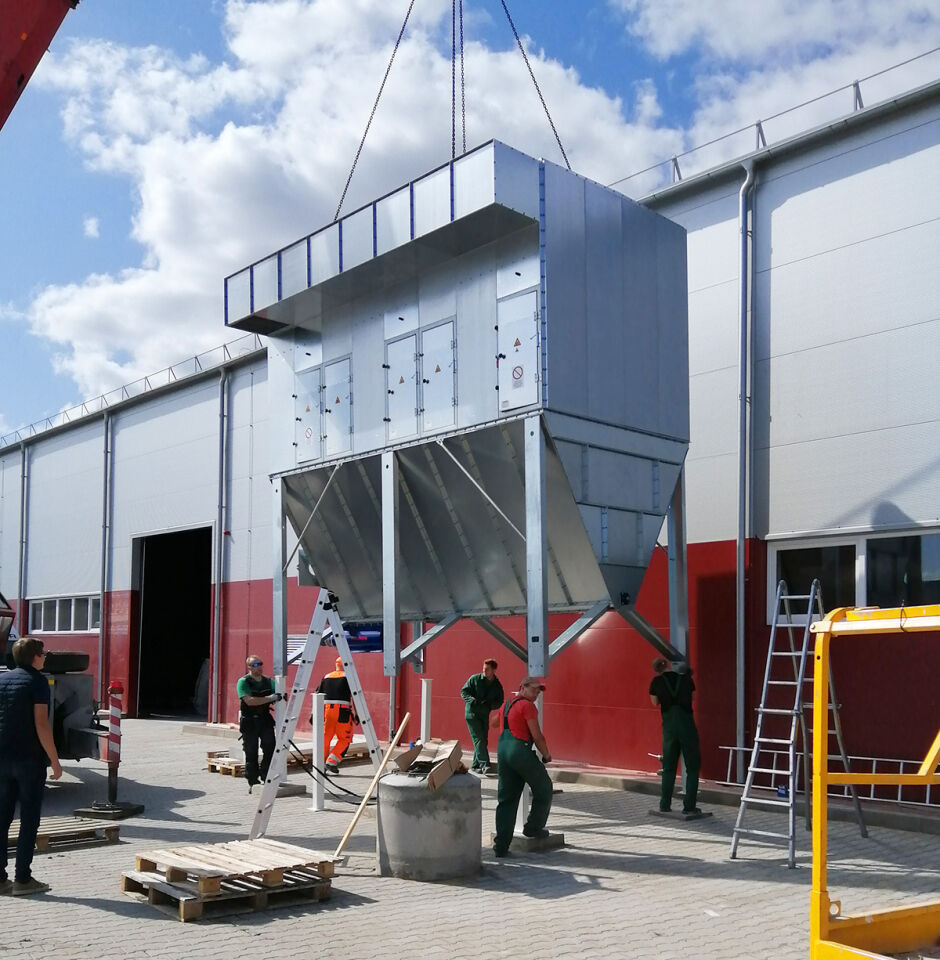 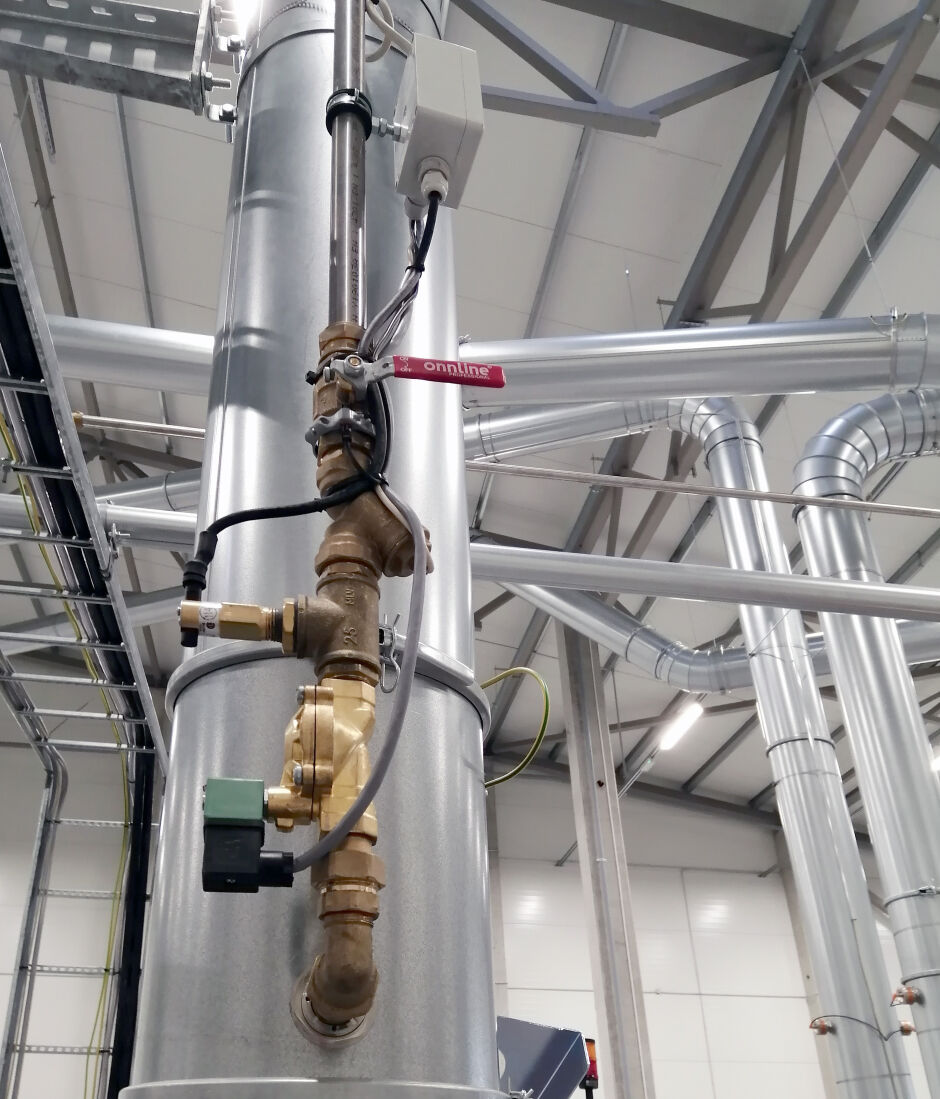 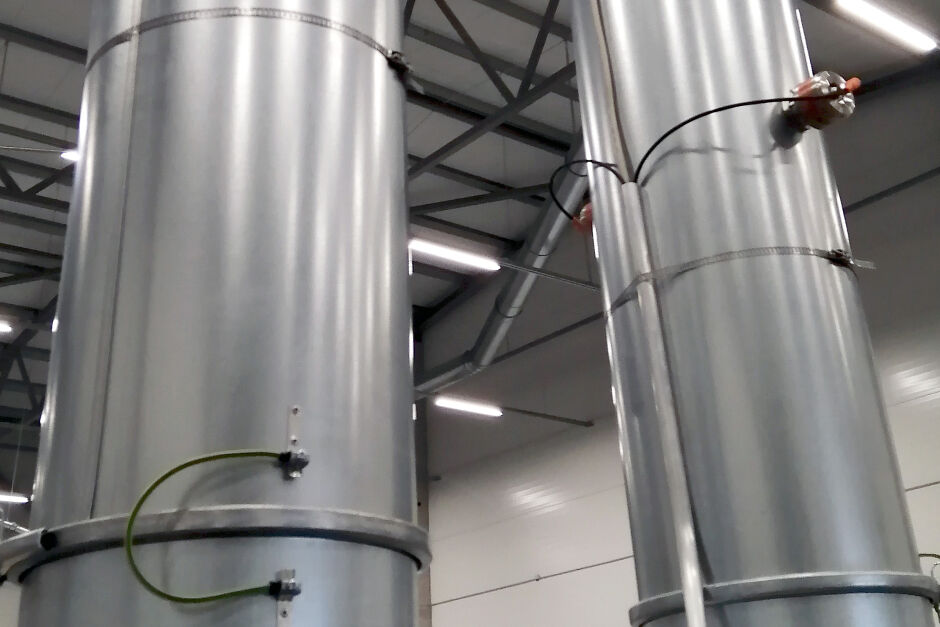 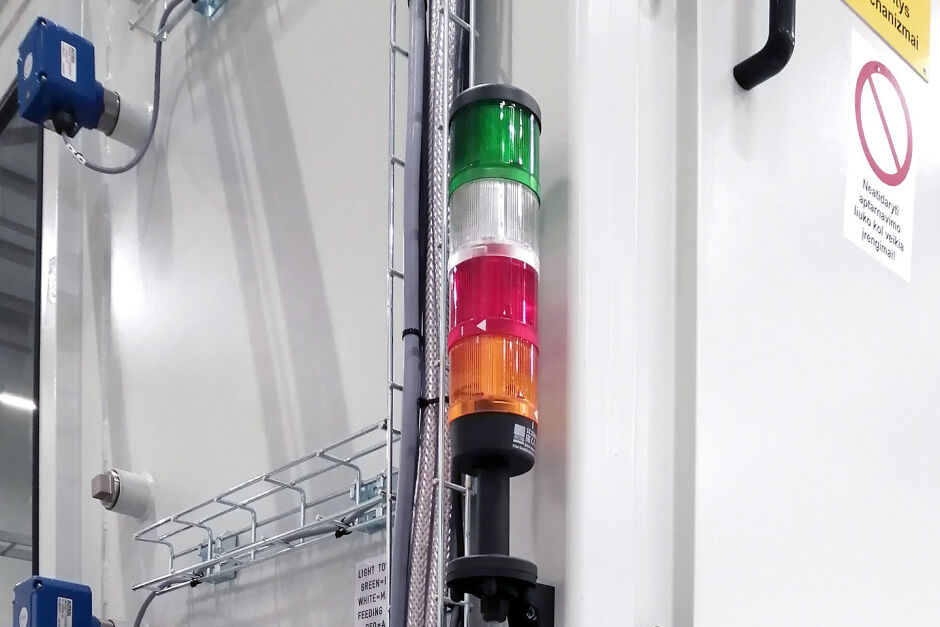 Supplied by Makron, a new production line for asphalt additives is currently being installed at Antrocelas’s new plant. The installation and electrification of Makron's line were made within four weeks in the late summer and early fall. Antrocelas will start production on the new line in March, in time for the new production season, once the new granulation line has been installed.

The Lithuanian manufacturer Antrocelas is an innovative company that grounds its operations in green values and principles of circular economy. The company produces asphalt additives from recycled cellulose fiber, which improves the asphalt’s durability, thereby extending its service life. Thanks to these additives, the road surface doesn’t need maintenance as frequently, so the party responsible for maintaining infrastructure saves money, and consumption of natural resources, such as oil, is reduced.

Since Antrocelas utilizes recycled cardboard as its main raw material, no virgin materials are used in its production. Using recycled cardboard is an environmentally friendly solution that helps reduce carbon dioxide emissions: carbon contained in the finished product remains captured in the asphalt for a long time, in sharp contrast to incinerating the cardboard for energy.

Furthermore, the production processes don’t generate any waste. Makron’s line is equipped with a dust-filtering unit that collects any dust generated by the crushing and refining processes. The dust collected is directed back to production.

The company emphasizes sustainability in its choice of energy sources too. The rooftop of its new facility houses solar panels that produce energy for the plant’s operations.

We are very familiar with the safety challenges involved in production, and this knowledge informed our design of the production line. Particular emphasis was placed on the prevention of fire hazards.

A dual separation system removes any debris that could cause sparks, material that presents a potential fire hazard if left among the combustible material. The production line is structured with a magnetic separator initially removing objects containing iron, such as staples and screws, from the material to be processed. At a later stage, before the fine crusher, a gravity separator specifically designed for the line is used to remove any heavy debris remaining in the material.

A monitoring system has been installed in the line’s pipe system, to warn of any risks. Spark detectors at critical points in the system detect any increases in temperature, and preventive measures are automatically initiated accordingly. An extinguisher system switches on automatically within milliseconds: sprinkler nozzles use a spray of water to prevent fire from spreading through the pipes.

The pipes are grounded at several points, to eliminate static electricity. Because the recycled pulp fiber processed by the line generates large quantities of dust, the process is closed, with the material getting transferred through enclosed pipes instead of open conveyors. In addition, the dust-filtering unit is installed outdoors, to prevent dust from entering the production space and thus help minimize employees’ exposure to it.

Ease of use as a criterion

It takes only a couple of employees to operate the asphalt additive line supplied by Makron. The production process is largely automated, the device capacities are in good balance, and material flow is monitored at every stage. Fill-level sensors inside the container guide the feeding in of material, adjusting it automatically.

Indicator lights at critical points in the system are visible from a distance, making the operator’s work easier. Lights of various colors identify the various stages of production and any disturbances, to enable the operator to monitor the situation easily.

When the level of automation matters. Collaboration with Makron allows Mecapinta...

When the level of automation matters. Collaboration with Makron allows Mecapinta...

Do you know Elematic, supplier of precast concrete technology? Makron has manufa...

Business from Data - Makron will participate in Subcontracting Trade Fair.

We are seeking professionals to our new office in Espoo.

This Christmas, we give a gift of life to the Baltic Sea.